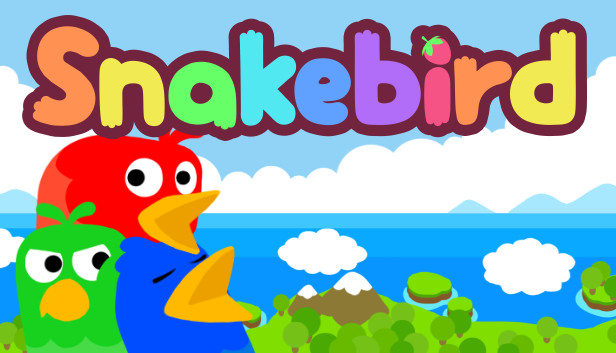 I think the mechanic of the game is quite interesting. Since the concept of “snake” game originate in 1976, and became very popular when it distributed with Nokia phones. I bet almost everyone, if not all, played it once. So eating fruits to extend your body (and avoid hitting your tail) is just natural. However, combining with the gravity and the game starts to became frustrated. Especially when there are spikes and pitfalls everywhere. Thus, force players to plan ahead on how to go from one place to another, which is not bad for puzzle game actually. But the seemingly incomprehensible gravity does screw up the plan so easily. Also the planning part will not really go that far, since imagine the shape of those mostly-snake-only-bird-head after being pull down by gravity multiple times are practically impossible1. Hence, traditional planning that’s go from start to finish is often unviable. Therefore, player have to think backward from finish to start instead. Which is quite a smell puzzle design, because it’s likely required players to guess what’s the puzzle developers want us to exactly solve the puzzles. Instead of walking along with the players and show “hay, by our propose mechanic, we discover this cool puzzle”, and let the players look at it from other angle if they can solve them, whether it the intended way or not.

Yeah, by fine tuning those puzzles, some offer strong revelations. But most of the time I find frustration instead. So… maybe Snakebird is a cleaver puzzle game with a big NO?