Unintuitive gameplay mechanic (and it’s narrative) makes me NOT recommend this game. You know, it’s a red flag for a game that advertise itself as “relaxing” to become stuck and required a walkthrough to proceed after just an hour (which, for these kind of games, should never be required AT ALL). 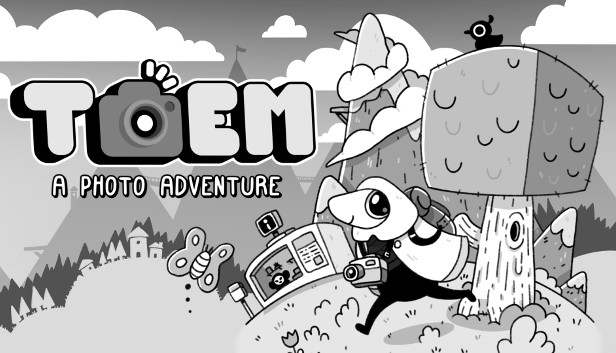 For me, the stuck happen with the somewhat main quest (since it gives an important ability which required to proceed the game) on chapter 2 the beach, where I have to help the lighthouse owner to free ships stuck on rocks at sea. This puzzle does not makes sense at all since in real life lighthouse doesn’t equip with megaphone that can send sound wave to destroy rocks. And the conversation dialog between the protagonist and the NPC is super confusing and repetitive with only one line (no additional dialog to clarify what should I do). They just keep telling me to “look” through my camera on the rocks, which I follow their instructions but nothing happen! Turns out I have to look at the ships instead! Which is not the only requirement but I have to “zoom” my camera onto them and look at it for like 5 seconds too! Such disappointment.

Not to mention that, on the narrative side, how the hell the NPC gonna know where am I looking at? Recalled that we talk about the super powerful giant megaphone that can blast away rocks, so we don’t want to point this demi-weapon at unintended targets and harm people! BUT THE NPC NEVER GAVE ME COMPASS OR OTHER MEANS TO PINPOINT THE LOCATION ACCURATELY, THEY JUST TELL ME TO LOOK AT THE TARGET. AND KABOOM!!! GAME LOGIC THAT THEY KNEW PRECISELY WHERE AM I LOOKING AT! Which is a missed opportunity since the previous chapter the forest there are boy scouts with quests. Why not give a compass as a reward from their quest?

Speaking of quests from boy scouts (and consequently later NPC that give quests in the same manner), it pose an ill dialog design for giving quest. When the protagonist talk to them for the first time, they will ask something like “will you help us?” or “you want a challenge?” without any detail or even clues to foreshadow the quest at all. Then after the protagonist say yes (video game logic, you just help out everyone without knowing the detail in the first place), the NPC just conclude the conversation without saying anything about the quest! Talking to the NPC again and they will ask us to show photos for the quests. But what are the photos they want to see??? Turns out, to know what’s their demands is to open up the quest book (in-game named: Community Cards)! We never going to hear quest detail or be able to ask for hint or clarification from their mouth. Because now they only have one repeated dialog: “show me the quest picture”. Super unimmersive :(

Other quests are bad at wording as well. The game gives no map so players can’t find way around easily. Quest givers and quest objectives are far apart to the point that I think the developers just try to pad playing time by making quest detail cryptic and also scatter them around the map. But you know what is the most unforgiving bad part? It’s the very first NPC that gives you a pair of shoes that if you wear it, you will run a lot slower, and makes exploration super slow and tedious. Which is definitely NOT the same thing as relaxing.