Dyscourse is a game about surviving on a remote island, with a branch of random people from a plane crash. Sound like an interesting concept? Well, this game has ruined it in many ways… 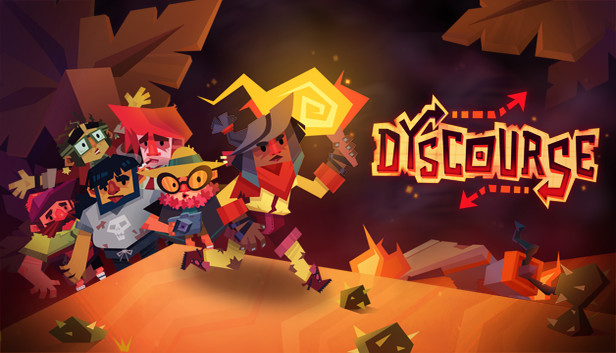 Every character in this game is so annoying! If you’re really involved in this chaotic situation, then you might expect to find others having a great will to stay alive, or no will to live at all! This game presents you with indecision people who really can’t tell whether they want to live or not! If they want to live, why don’t they try harder to do things? Or if they think they’re doomed, why they still help you out? I think this conflict is the main course that pulls back the whole game.

The characters are also foolish! Let them live without your guidance and they will do literally nothing! Find water? No. Gather more food? No. Explore area? No. Defense themselves from animals? No. Salvage goods from a crash site? No. Chitchat at camping area? YES!

It’s like they’re not in a plane-crash-on-a-remote-island situation anymore! Everyone seems to think they’re on a vacation! Being a gamer? Please, go ahead and hallucinated yourself that you’re actually in a magic dessert. Working for secret government project? It’s ok to think aliens shoot down your plane!

These behaviors will develop you, a player, with a perspective toward this game (and maybe toward this kind of situation in a real world): It’s OK to be ALONE in order for YOU to stay ALIVE.

And when you realize that, you start playing this game heartlessly. Want to get some water from a swamp? Send your least favorite guy to explore that area first. Suspicious about a damaged bridge? Let the heaviest guy try it out.

The saddest part of this game is when someone falls, you feel no sorrow at all. Instead, you just thought “thanks god, that’s one less weird guy to annoy me”.

I think this experience, for a survival simulation game, is very bad. Take a look at XCOM franchise, if someone dies it’s mean a big loss that you might need to restart the whole run. Or at lease, you should be tense all the time like when you play This War of Mine.

Despite this major issue, you may be aware of:

By all of these, I can not recommend this game to anyone.