A truly eye-opening experience game… Since it literally require you to keep your eyes open for minutes without a blink. 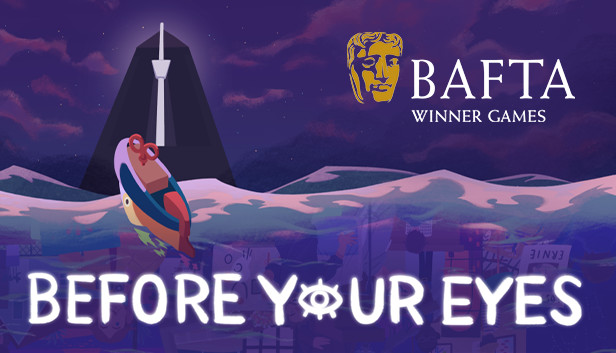 The “blink” system could be a revolutionary in gaming and pave the path for the next decade. Sadly, it fall short on many aspects. Such as it has a (too) simple detection system that require your face to be in a “box” at all time. Or playing the game at different times of the day (where light condition are different) result in misdetections. Plus that this eye-detection-as-an-input is not the most prioritize system of the game, as can be seen (at halfway of the story) that when there are lots of object to render on the screen, the detection system fail to response. And since the system does not work reliably, you need to recalibrate a lot (like, a lot that the default button for recalibration is [SPACEBAR], and the achievement for recalibrating 10 times is 5%). This is not only annoying, but also disrupt the mood that the game try to build up for an hour.

The game also fail to see thing from the bird’s-eye view. Since it just utilize this eyes-detecting system for a blink (as a mouse click) only. Which is kind of wasted potential. Honestly, from the ambition trailer of the game, I’d expect a sophisticated system that can track my whole head, and we can play the game hand-free. Like blink to click, gaze to move cursor, turn your head to pan camera. But no, the game DOES require you to pan camera with a mouse like traditional FPS (and without a tutorial for mouse panning), only that you can’t 100% control when to click, which is more annoying than fun.

On the story side… I can’t tell much, it might be a good one (but not the best). However, as said in the previous section, the blink system is unreliable, and it flatten out the emotional part. Were the system to work reliably, I still doubt that one will cry their eyes out because of the touching story, but rather because of prolonged eyes opening are so hurt and tears falling naturally.

Also mind that this game is not worth playing a second time AT ALL. Despite there exist an achievement “Redo” that tells you to replay the game with another “big decision” of your life (again, happens at around halfway of the story). Since you’ll only get a different narration for only 1 scene (less than 3 minutes), and then the rest of the game are EXACTLY the same. Why present a choice when there are no consequences? Super let down on this one :(

Not an apple of my eye.